‘Mititei’, small skinless grilled sausages with garlic, made mainly from beef with spices and/or a mixture of pork, lamb minced meats.

‘Zacuscă’ a dish made from: aubergine, tomatoes, peppers and spices that can be preserved in jars for a long time. Typically served with bread as a starter.

‘Eggplant salad’ a simple but delicious salad made out of baked eggplants and onions served with toasted bread),

‘Sarmale’ is a mixture of pork, beef and lamb, or just plain pork, with onions and rice, wrapped in sour cabbage or grape leaves and then placed in a pot with tomato paste and pork cuts. This dish is than slow cooked and commonly served with polenta.

One of the best-known desserts in Romania is ‘Papanași’, which consists of fried cottage cheese doughnuts, topped with sour cream and blueberry jam.

‘Colivă’, there’s a saying: ‘you don’t want to mess with a people whose favourite dessert is Coliva’ – a sweet, very specific and traditional pudding offered during memorial services as a way to commemorate those who have passed away. It’s ingredients are wheat kernel, sugar, honey, crushed walnuts, lemon zest, orange zest, icing sugar and cocoa for decoration.

Mind you, we’re talking about cross shaped decorations. From Roman times we have the simple (meat, cheese or fruit) pie called ‘Plăcintă’ (the word keeps the initial meaning of the Latin word placenta, which is flat cake). The Turks brought some different kinds of meatballs with local variations such as the ones used to prepare

‘Ciorba de perişoare’, a sour soup with small meatballs; from the Greeks there is the ‘Musaca’ (moussaka), an aubergine or potato based dish often including meat.

‘Covrigi’ (hot pretzels); from the Bulgarians; from the Austrians there is the ‘Snițel’ (schnitzel), thin slices of meat fried in bread crumbs … the list could go on! 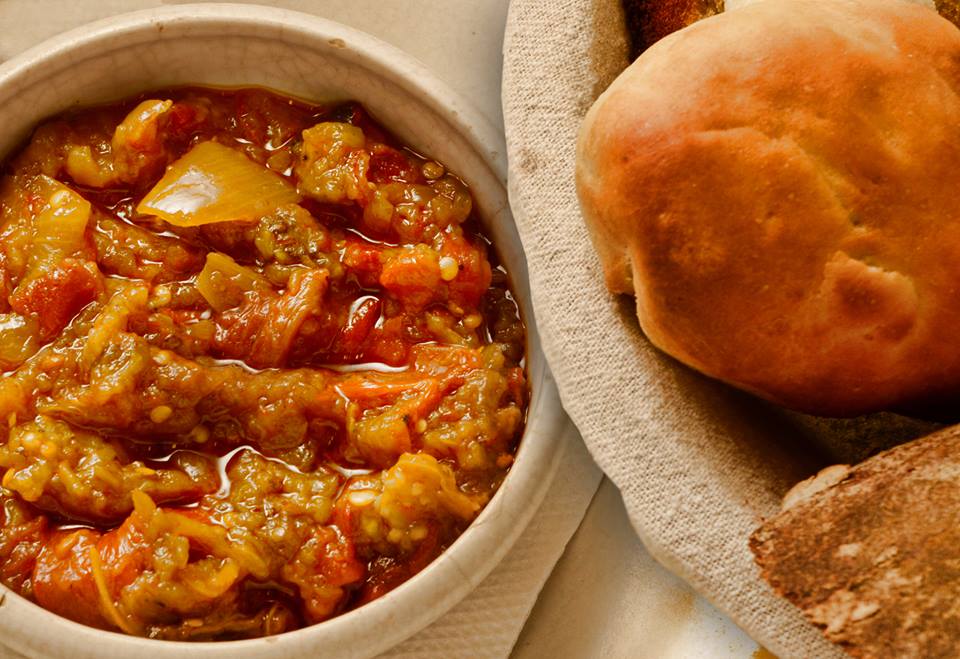 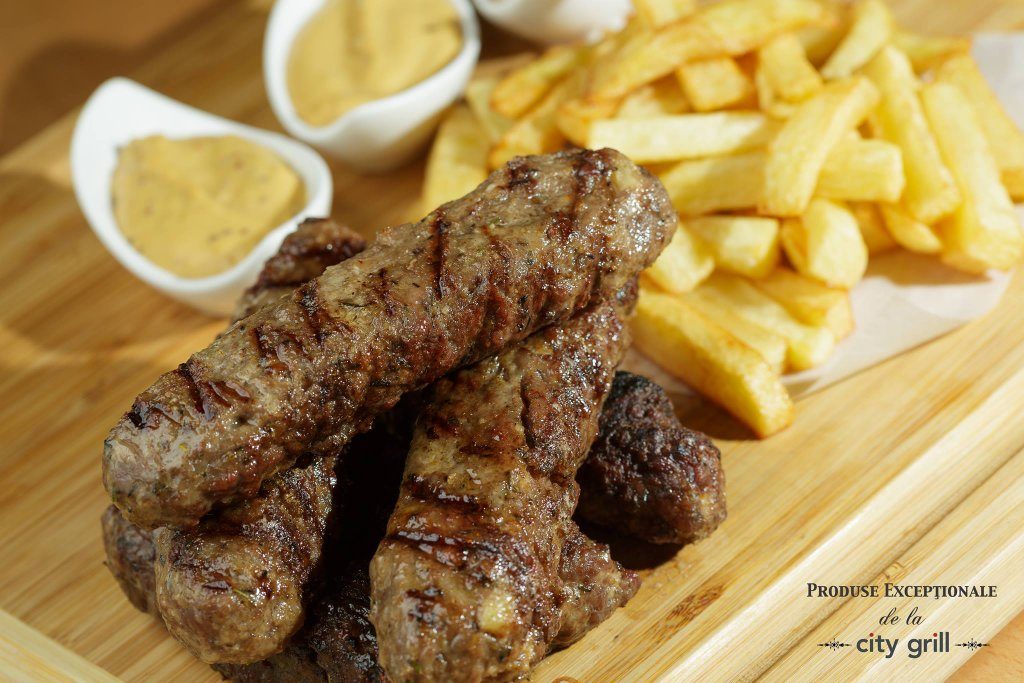 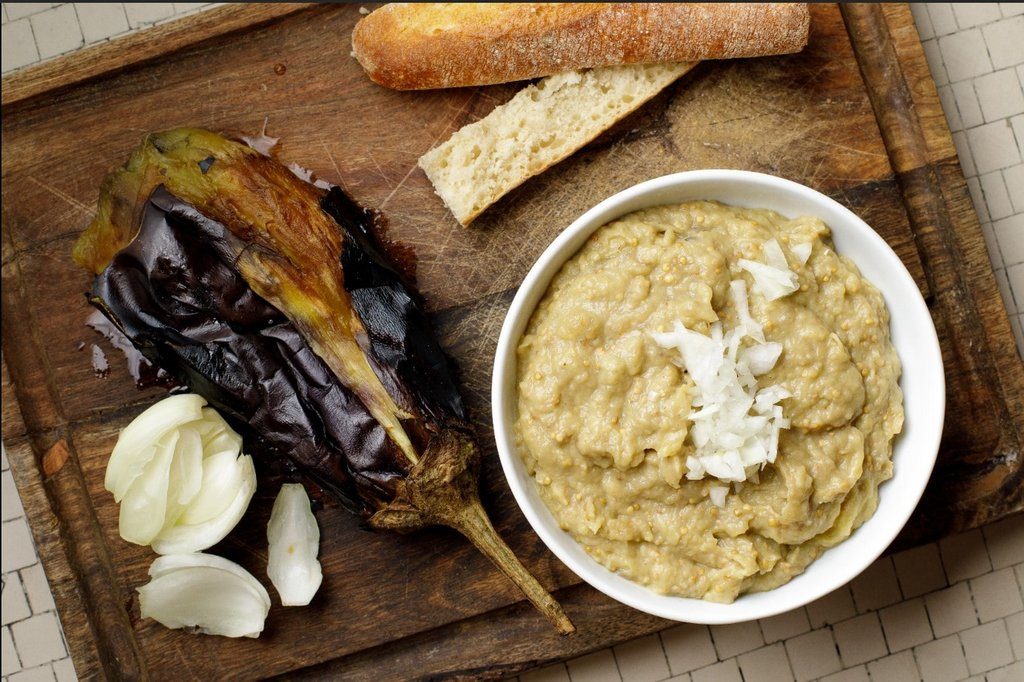 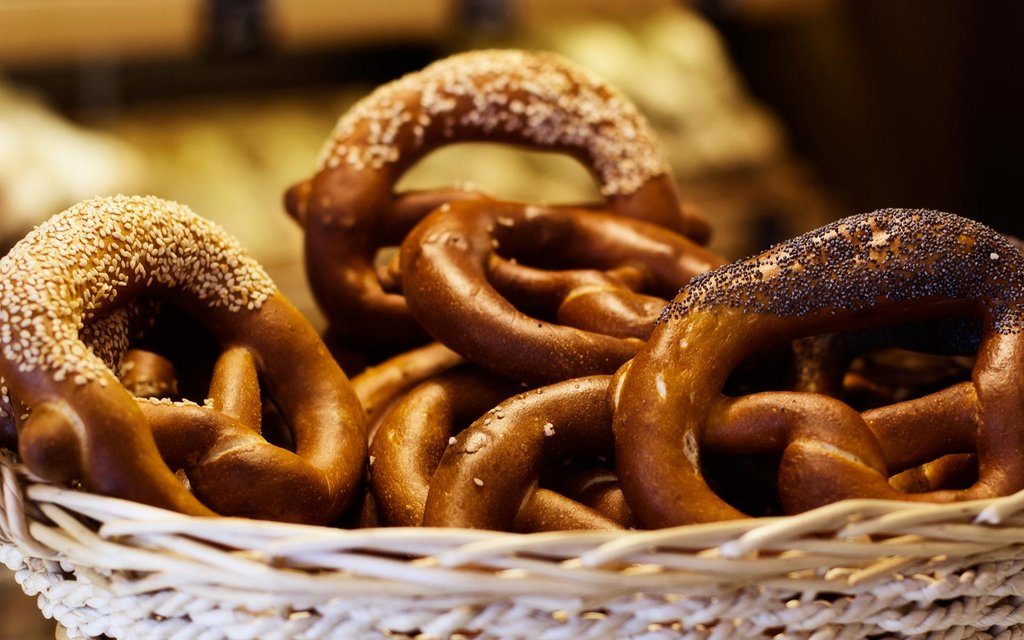 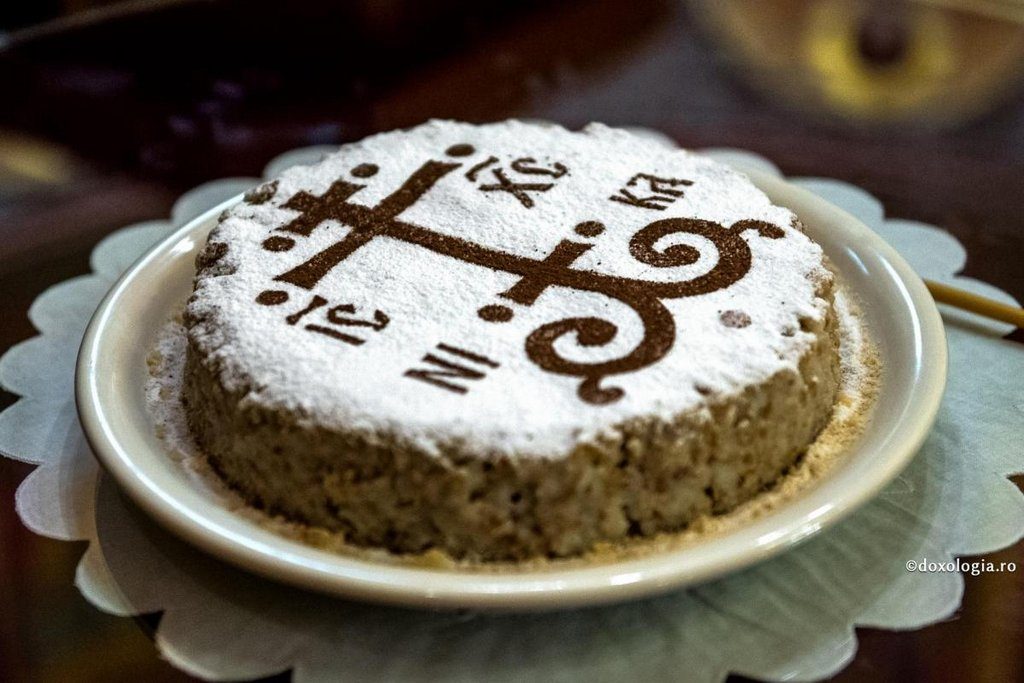 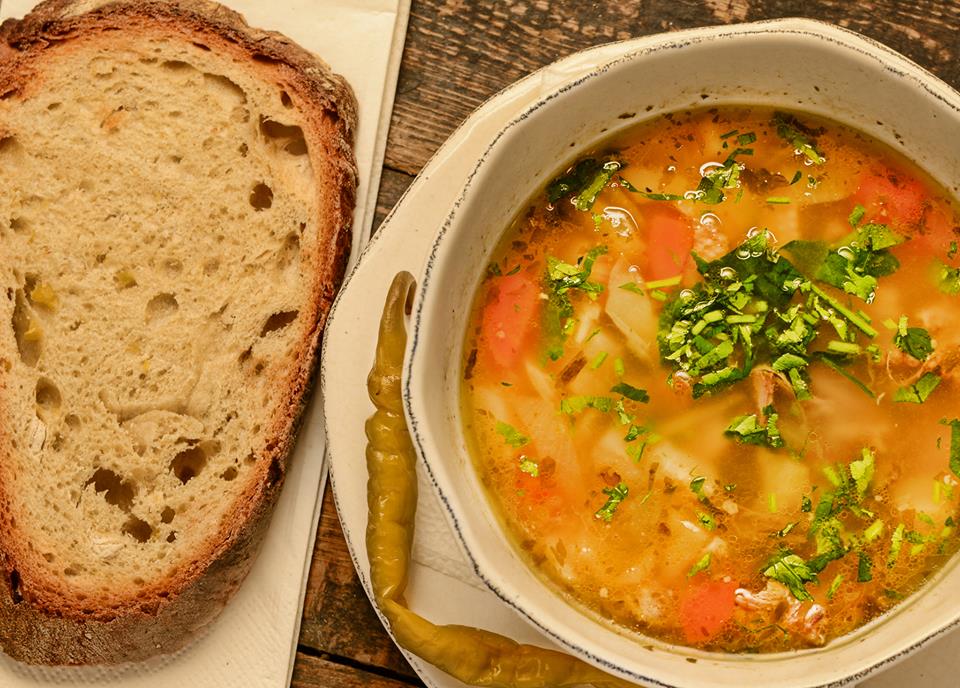 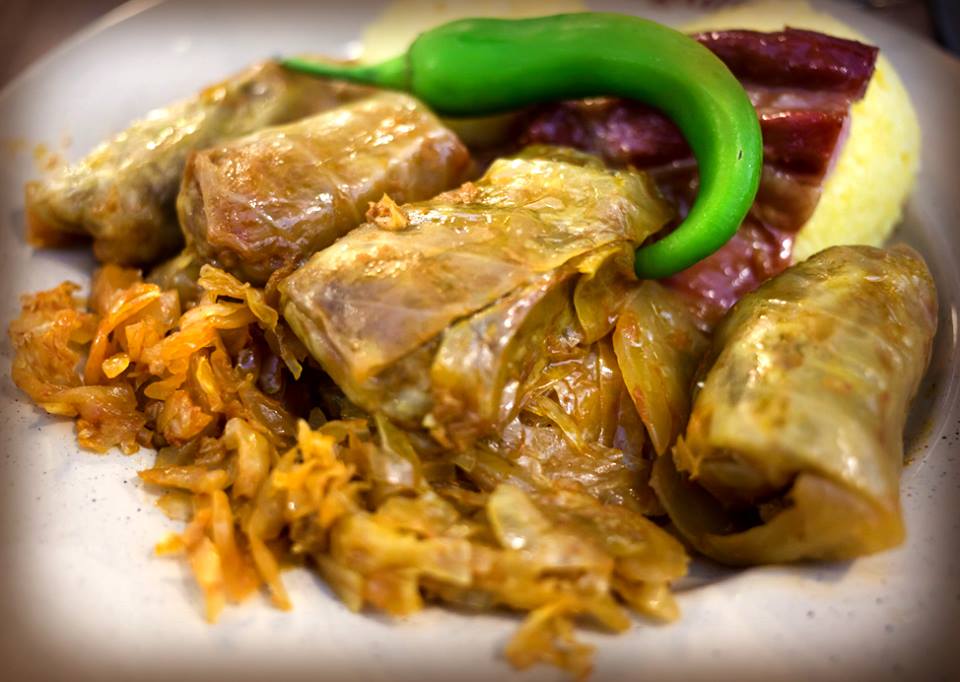 With a history of more than 130 years, Caru’ cu Bere is a symbol of Bucharest’s old town, being the favourite meeting spot for locals and tourists. Visited by international personalities such as Kirk Douglas, Jean-Paul Belmondo, Edward Kennedy, the Rolling Stones’ band members, Demi Moore, Jon Voight, Danny Trejo, and Naruhito, the Japanese heir prince.

Should probably be the first stop on the food and drink list of any visitor to Bucharest. Wonderful interiors, painted ceiling and woodwork make the place an attraction in itself.

Sergiana is certainly one of the most famous and appreciated restaurants in Brasov. Its reputation being based on quality raw products, coming from the restaurant’s own farms. Located in a former cellar, in the historic centre of Brasov, the restaurant recreates a pleasant rural atmosphere. Groups are served with treats from the house consisting in homemade pork pieces, bread and onion.

From the same chain of restaurants, equally appreciated are Ceasul Rau and Casa Tudor, also located in Brasov.

* Seasonal goodies – peasant’s cheese with laurel and nutmeg dust, or seasoned with just one pimento grain and nutmeg, as well as delicious Romanian style lamb haggis made from minced offal (heart, liver, lungs), with special condiments and spring onions.

Beraria 700 is a traditional renowned restaurant in Timisoara that aims to continue the tradition started in 1761.

It benefits of a very good location, in the city center and the dishes are among the most tasty, prepared after recipes transmitted from generation to generation.

La Conac is a traditional Romanian restaurant, located in the heart of Iasi city.

Decorated by craftsmen and folk artists; the restaurant can easily be confused with a folk art museum.

The recipes used by the chefs cannot be more traditional than this, transmitted from  generation to generation, they ‘give life’ to starters and main courses with a familiar homemade quality, just like grandma used to make.

In Romania, there is an increasing number of villages, famous worldwide for the agro-tourism activities practiced here, like agriculture, growing animals or manufacturing of traditional products.

We want to propose the inclusion of an authentic gastronomic experience to create programmes that visitors will never forget. A lunch in a farm house located in the heart of beautiful Transylvania consisting of delicious homemade dishes prepared only with products coming from the host’s own farm (cheese, large variety of smoked meats, fruits and vegetables, plum brandy, wine).

We have chosen the most picturesque locations in Transylvania without compromising the accessibility by coach.

One of these villages is Sibiel, located in southwestern Transylvania with a tradition of over 35 years in rural tourism, in 2015 being declared “The European Destination of Excellence for Tourism and Gastronomy”.

Viscri village, better known worldwide for its association with the name of Prince Charles, The Prince of Wales, who owns a property in the village since 2007 and for hosting one of the 31 UNESCO World Herritage monuments, The Fortified White Church.

Criț Village, will greet you with its old facades, dusty road, colorful windows and an entire world of rural authenticity, located just 30 km away from Sighisoara city.

This experience can be customised with other countryside activities like a warm welcoming of the guests with horse riders dressed in traditional costumes greeting the group at the entrance in the village, horse carriage transfer from the entrance of the village to the host house, folk music, dance show, attending hand-craft workshops, visit at sheepfold.